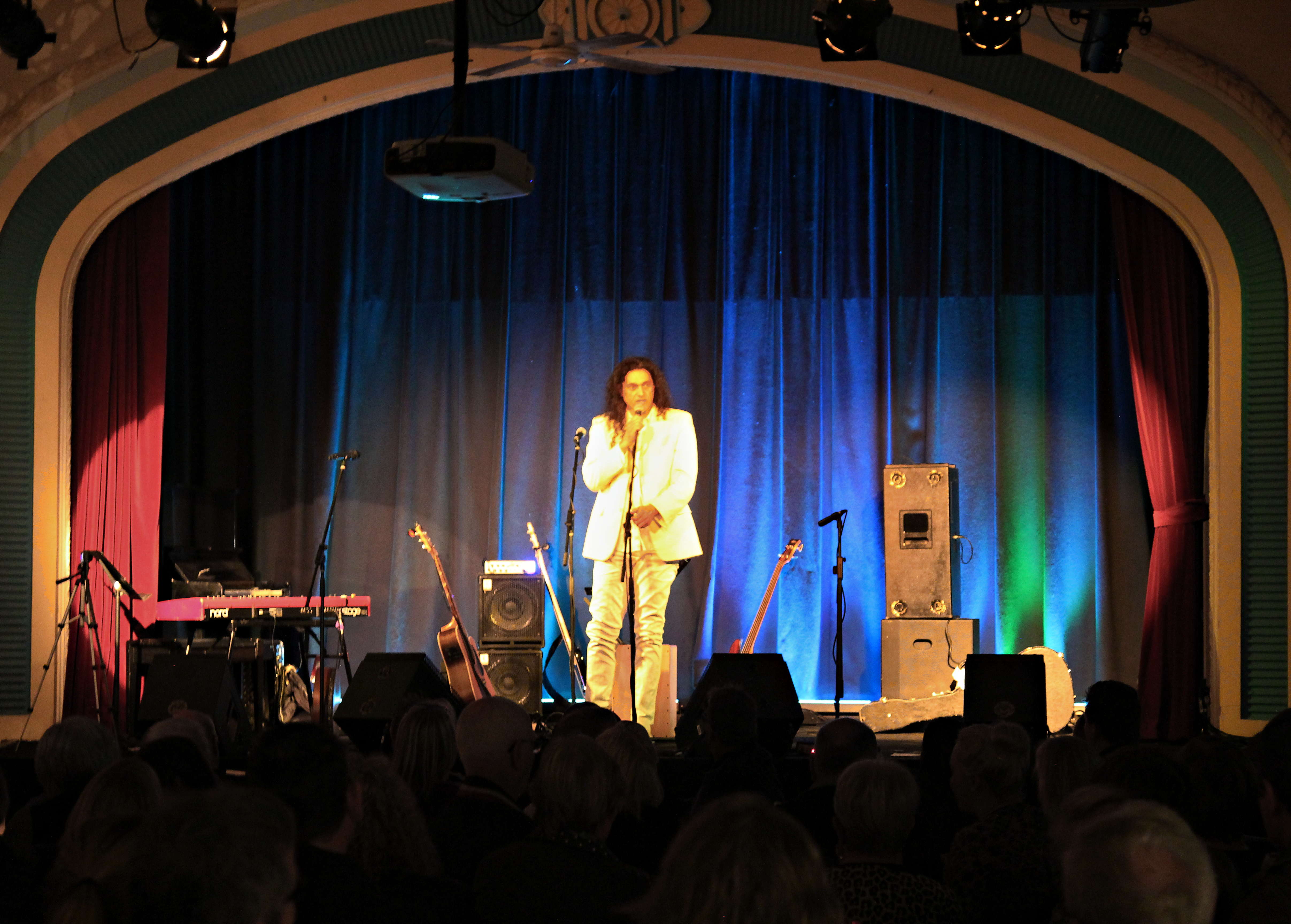 Peter Vadiveloo is a musician based in Melbourne (part of the Kulin Nation), Australia.

Peter is a charismatic singer/songwriter who has been performing his own compositions for over 20 years.

A brilliant musician, Peter is also an engaging performer and has a huge singing voice.

Peter’s songs make you think. His lyrics cover a range of topics, and audiences have described them variously as political, funny, provocative, playful, moving and thought-provoking. Many of his songs have a strong social justice emphasis.

RECENT REVIEWS
"Singer/songwriter Peter Vadiveloo performed thought-provoking sets at Uranquinty Folk Festival. He combined vocals with guitar and percussion to present songs from the serious to humourous. His strong voice grabbed the audiences' attention at all of the venues" (Heather Hunter, President, Uranquinty Folk Festival, NSW).

"A charismatic musician who engages his audience during his fantastic one man show with such a broad variety of original songs that every listener will be catered for. From political to funny all topics will be covered and leave the listener with plenty to think about well after the show has finished" (Farouk’s Olive, Melbourne).

Listen to Peter's songs here, or check out videos here.

OTHER INFORMATION
In addition to being a singer/songwriter, Peter has performed and recorded for decades as a kit drummer and percussionist. As well as Western music (rock, pop, jazz, funk, etc), his interests in rhythm have taken him on journeys into flamenco, Latino, Middle Eastern and African music.

He is a founding member of the cult folk band Jugularity, and sings, writes and plays percussion with them.

Peter is also sought after as a teacher of drum kit and percussion and has taken his teaching programs around Australia and internationally. He is regularly booked to run drum circles.

Outside of music, Peter had a previous career as a medical research scientist, and holds a Ph.D. in biochemistry (Department of Medicine, University of Melbourne).

In 1997 he won the World Kelp Hanging Championship (Amateur Division) on King Island.