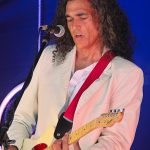 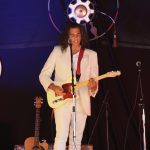 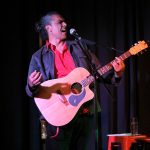 Peter is a charismatic and entertaining singer/songwriter who has been performing his own compositions for over 20 years.

A brilliant musician, Peter is also an engaging performer and has a huge singing voice.

His songs cover a range of topics, and audiences have described them variously as political, funny, provocative, playful, moving and thought-provoking. Many of his songs have a strong social justice emphasis.

"A charismatic musician who engages his audience during his fantastic one man show with such a broad variety of original songs that every listener will be catered for. From political to funny all topics will be covered and leave the listener with plenty to think about well after the show has finished" (Farouk’s Olive, Melbourne).

Listen to Peter's songs here, or check out videos here.